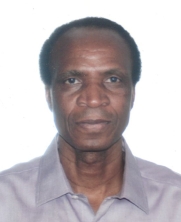 The 2019 KLH Scholarship has been awarded to Moffat Sithole. Below is his submission essay published with permission:

When I first enrolled in university, I wasn’t quite sure what I wanted to major in.  I took some courses in philosophy, sociology and political science, just to taste the waters and feel how deep they were.  Growing up and struggling to get an education in colonial Rhodesia, I soon noted how little developed the discipline of philosophy was in higher education.  When I came to Canada and enrolled at the University of Waterloo, I began to imagine that I could major in philosophy and later go back to what was then Zimbabwe and become a university professor or even teach at one of the country’s education colleges.  However, this was not the direction events at Waterloo University would take.

I grew up in Rhodesia during the nationalist liberation civil wars that raged from the 1960s until independence in 1980 when the country was renamed Zimbabwe.  Colonial rule was violent and so were the methods that were used to remove it.  Removing violence using violent means does not always guarantee peace.  Indeed, peace never came to Zimbabwe even after it attained its independence.  The seeds of violence that had been sown by colonial rule and had been responded to through violence had once again germinated.  Since independence in 1980, the new government followed a culture of rule through violence.  After only three years into its rule, it had killed approximately 20,000 of its own people in an ethnic cleansing feat.  I fled the country in 2000.

On coming to North America it became quite clear that what was happening in Zimbabwe was reminiscent of what many post-colonial African countries were going through as well.  Just as Africa was proverbially termed the “Dark Continent,” it is in a real sense a conflict-ridden continent.  Post-colonial misrule brought misgovernance which gave rise to poverty, which in turn fomented all kinds of conflict.  Africa is like a place where the blind lead the blind.  The problem in Africa is not a lack of education.  Rather, it is a lack of people who can invoke a sense of moral virtue and a belief in universal human rights.  From this understanding of conflict, I began to see myself as a person who was going to make a difference in their world by becoming a peace-builder.

I have had this passion within me since my youth but did not know how to express it until I became a student at the University of Waterloo.  In my undergraduate studies, I was still desperately searching to find out who I was and where I belonged.  Since enrolling in the Master of Peace and Conflict Studies program in 2018, my journey to becoming a peace-building practitioner has become clearer than ever.  My graduate studies are not only providing theories and knowledge but helping me develop the professional skills necessary for becoming a peace practitioner.  By the end of my program, I do hope to have fully developed the skills that are necessary for making a difference in the world.

I am looking forward to a four-month internship program in Kenya, where I will further gain practical experience in peace-building under the auspices of International Peace Initiatives, a civil society organization that works with refugee women living with HIV/AIDS, orphans, and poor women experiencing all kinds of violence.  International Peace initiatives also runs a variety of programs such as Peace Clubs in schools, hosting Peace Summits for women and youth, training in Conflict Transformation, as well as hosting Circles of Peace for women.  Some of my specific duties and role will include:  working with initiatives of a Nonviolence and Peace program to prepare for the Creators of Peace workshop at a peace centre, collaborating with a local primary school to facilitate a Peace Club program, creating and implementing a one-day conflict transformation program for International Peace Initiatives staff and community members around IPI, visiting various peace programs at IPI partners within Kenya, and also doing a research project.

After graduating in 2020, I look forward to getting involved in peace-building initiatives working either with non-governmental organizations, civil society organizations or establishing my own peace initiatives with local communities, groups or schools on the African continent.